The way to a dad’s heart is usually through his stomach. But you can really impress pops by choosing a Father’s Day gift he’ll genuinely enjoy using. Dad taught you how to be an observant and thoughtful gift-giver, so choose one of these kitchen taskmasters to help him get his morning cup of coffee, afternoon sammy, or dinnertime steak in his belly easier than turning off the lights when you leave a room. The FlexBrew 2-way coffee maker brews an entire 12-cup pot of coffee for the patriarch who guzzles down multiple mugs of the good stuff. But the real pop-pleaser is the single-cup side. Dad can choose between brewing with a K-Cup® or his favorite grounds for a cup to go. And if he’s a true coffee afficiona-dad, you could pair this gift with a coffee grinder and bag of his favorite whole bean coffee.

Get the FlexBrew now at Amazon or Hamilton Beach. Nothing makes a dad more annoyed than using unnecessary electricity. And in the summer – when he’s trying to keep the house cool – heating a large oven for his not-so-secret midnight snack of taquitos and pizza bagels is frustratingly inefficient. The EasyReach™ Toaster Oven is Amazon’s Choice averaging 4.5 stars with over 1,000 reviews, undoubtedly written by dads who value even toasting and a small energy bill. An indoor grill for rainy days

It’s in a dad’s DNA to want to grill meat. So much so, that they would rather be outside in a thunderstorm with a metal spatula standing over a flaming hot grill just for the sweet satisfaction of flipping a burger than microwaving a bowl of leftover soup. Don’t risk your father being struck by lighting. Buy him this indoor grill. Sure, it’s not as satisfying as cooking with actual fire, but it sure beats another bowl of reheated minestrone.

Buy on Amazon or Hamilton Beach Everyone loves breakfast sandwiches, and your dad is no exception. If you think he’s waiting in that drive-thru line for a sandwich he could make himself, you’ve got another thing coming. He’s turning this car around right now and going home to make his own sandwich. It’ll be ready in under five minutes and it’ll taste better, too. A high-performance blender for poolside smoothies

It might be time for dad to incorporate more fruits and veggies into his diet. Instead of telling him he needs to lose a few el-bees, show him how to easy it is to make healthy smoothies and whole juices with the Hamilton Beach Professional blender. His new physique will be the talk of the pool party this summer, and so will his socks-with-sandals fashion statement.

Get him one from Amazon or Hamilton Beach. A panini press for the sandwich artist

Go out on the street and ask the first father you see if he fancies a hot sandwich. Of course he does. All dads do. Instead of taking him out for the reuben he’s craving, make him a sandwich (Poof! He’s a sandwich!) on the new panini press you got him for Father’s Day because you’re a smart kid who knows what kind of appliances your dad will actually use. Your dad can make a pretty mean pulled-pork barbecue, but even the BBQ master himself can sometimes overcook and dry out meat, leaving everyone disappointed and hungry. (Hi, Hungry, I’m Dad.) No amount of the specialty barbecue sauces he’s been collecting since before you were born can save an overcooked pork shoulder. Make sure whichever large cut of meat pops is slow cooking stays fall-apart tender with a temperature probe enabled slow cooker. Everything from beer can chicken to Texas brisket will cook to whatever internal temp dad specifies. And when he’s not using the probe, he can use the slow cooker to make his famous chili (using the hot sauces he’s collected since before he started collecting barbecue sauces).

Get one for dad at Amazon or Hamilton Beach 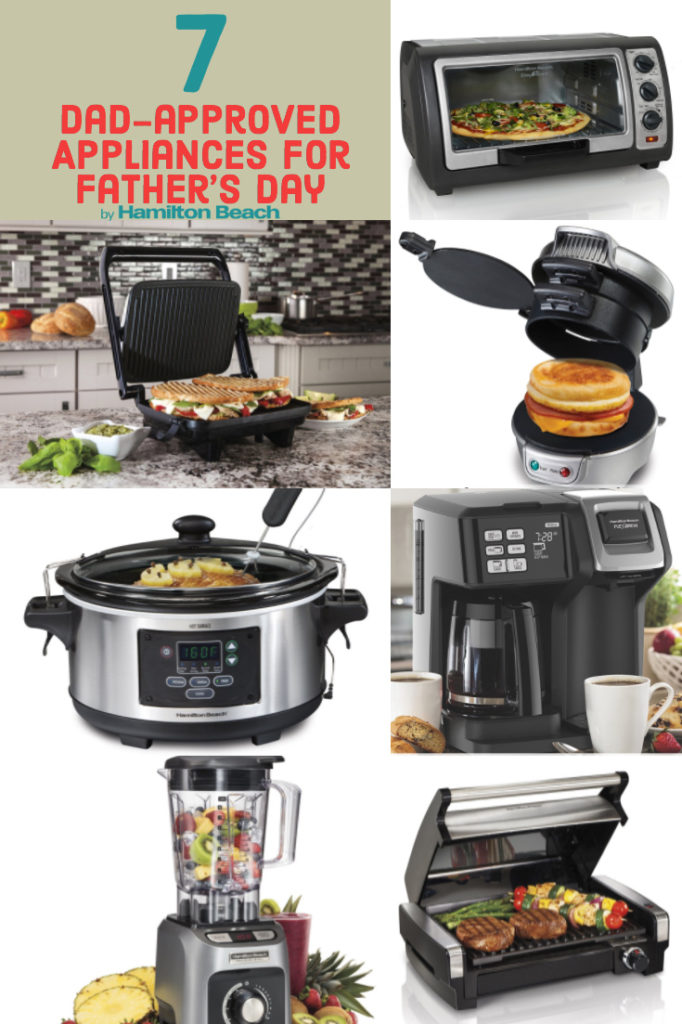 Try these recipes for dad: Making sure you eat a hot and hearty breakfast is a great plan. But let's be honest, it's downright impossible for most people to make decent meal before running out the door. Mornings are hectic, and there just isn’t enough time to make...

Get Up and Go: Quick and Easy Breakfast Ideas to Get You Out The Door

Lets face it: we have all had mornings where making breakfast is the absolute last thing on our mind. Whether we have overslept or are singularly focused on getting the kids out the door, breakfast quickly falls by the wayside. ...